Hello, let me tell you a bit about myself, I was born in Suffolk in 1960, my parents christened me Richard, but strangely enough it was only them that ever called me that. I'm known as Rick to everyone.

It was almost 30 years later that I decided to leave the village and head for the bright lights of Bristol, since then I have lived in Bury St. Edmunds, Luton, Croydon, Basingstoke and Norwich, but since 1999 I have been back in Luton again.

I've had various jobs over the years, motor mechanic, publican, steward, security guard, newsagent and a bus driver, but my favourite is definitely being a driving instructor, which I have been since 2002.

I'm very passionate about my job, and nothing gives me more satisfaction than seeing my learners pass their test.

I married my wife in 2001 in Gretna Green, and spent a fab honeymoon in Scotland, we've been back there many times since.

I have one daughter, who lives in Spain, so you can guess where I mainly have my holidays.

My tuition car is a new Vauxhall Corsa 1.2 Turbo, it's a great car to learn in for all shapes and sizes 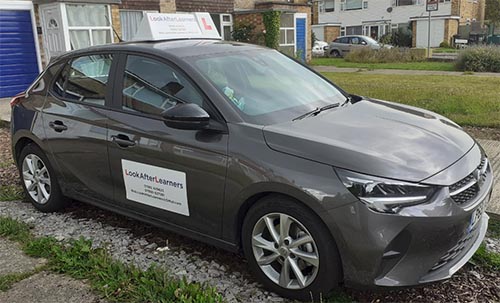